Balz Müller about wing foiling addiction, future and his passion. 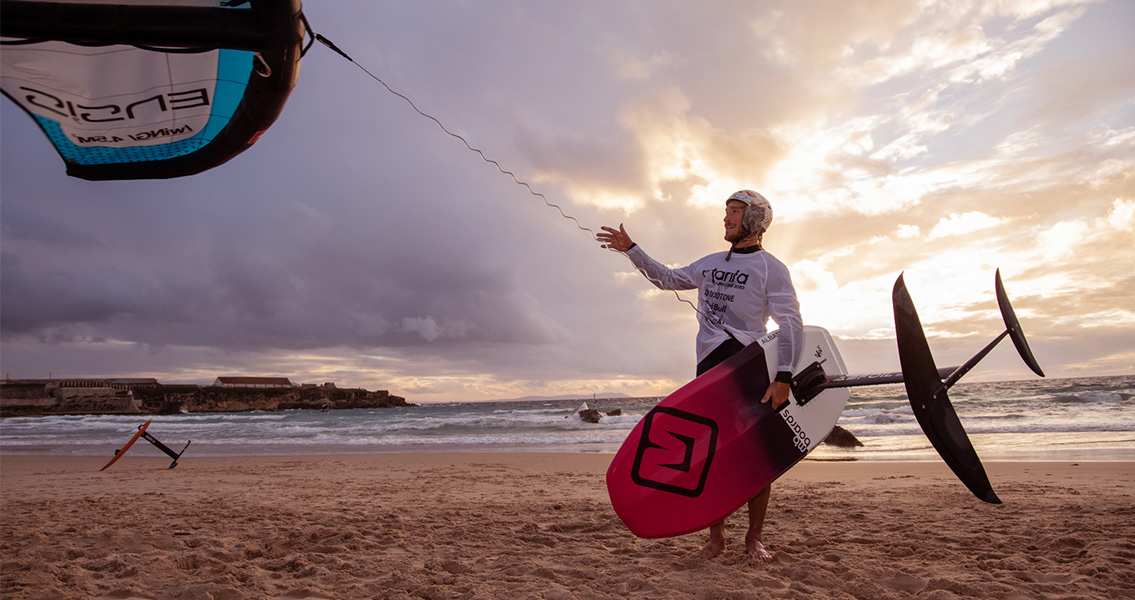 We asked ENSIS team rider and co-developer a few questions about his addiction to wing foiling, the near future of this new sport and what makes the ENSIS wing special.

You’ve been wing surfing very often lately. What do you like about this new sport?
Since my first try, I’ve been passionate about it and I even dream at night of the weightless, free flight feeling! I love to have fun with the foil board unconnected to the wing as propulsion in the slightest breeze. At the same time, I can hardly wait for the next storm and take big jumps! But the coolest thing about wing surfing is the possibility to let the wing float in neutral position and glide down the swell like an albatross! And lately I have been trying the first wing freestyle maneuvers, which is a big challenge because the young sport is still to be explored!

How do you see the development of wing foiling in the near future?
I like the unlimited possibilities that come with something new. I believe that many feel the same way. But yes, there are people being skeptical or even afraid of these “hot” foils. I understand this fear very much. In the past few years, however, I only hurt myself going on the water or waterstarting, about as often as I injured myself stumbling over a fin on land.
Every day I hear a lot of reactions from people who are very curious to try this new sport. What surprises me most is the curiosity of friends who have nothing to do with water sports. So it will be very interesting to see where and how wing foiling will prevail in the near future!

You constantly move boundaries on the water, also with the wing. What makes an ENSIS wing special?
I love the challenge of taming nature creatively and I‘ve always been amazed at how big birds glide through the air thanks to their wings! With the ENSIS wing I feel like an albatross that can use the water surface to play.
I think everyone sets their own limits. I still have a lot of plans with my ENSIS wings. Our ENSIS wings are by my side like a good friend.

“I like the unlimited possibilities that come with something new. I think everyone sets their own limits. I still have a lot of plans with my ENSIS wings.“
Balz Müller, ENSIS Team Rider

Balz pushing the limits in wing foiling with his ENSIS wings 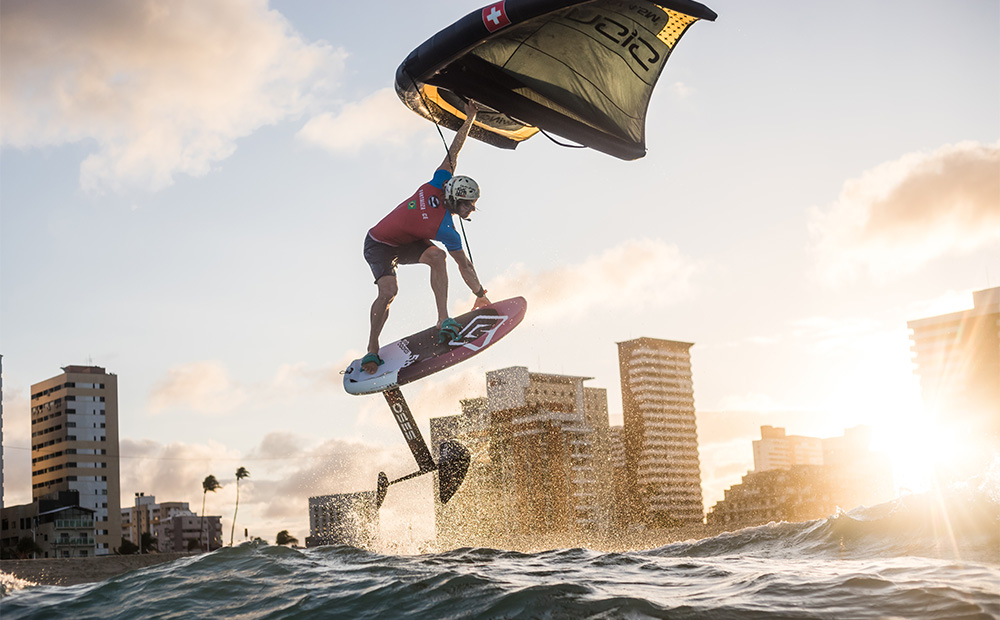 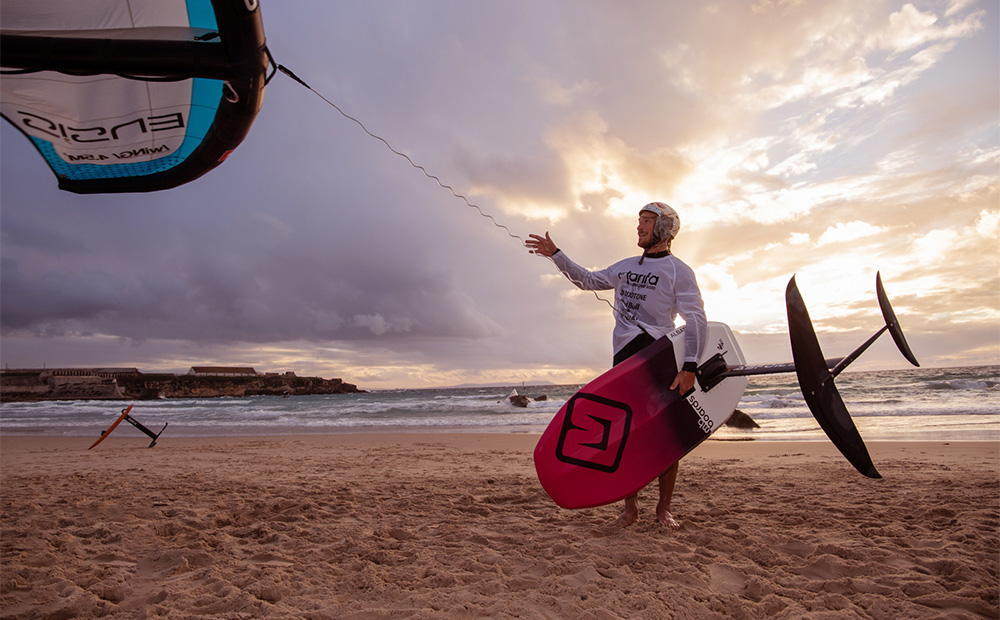 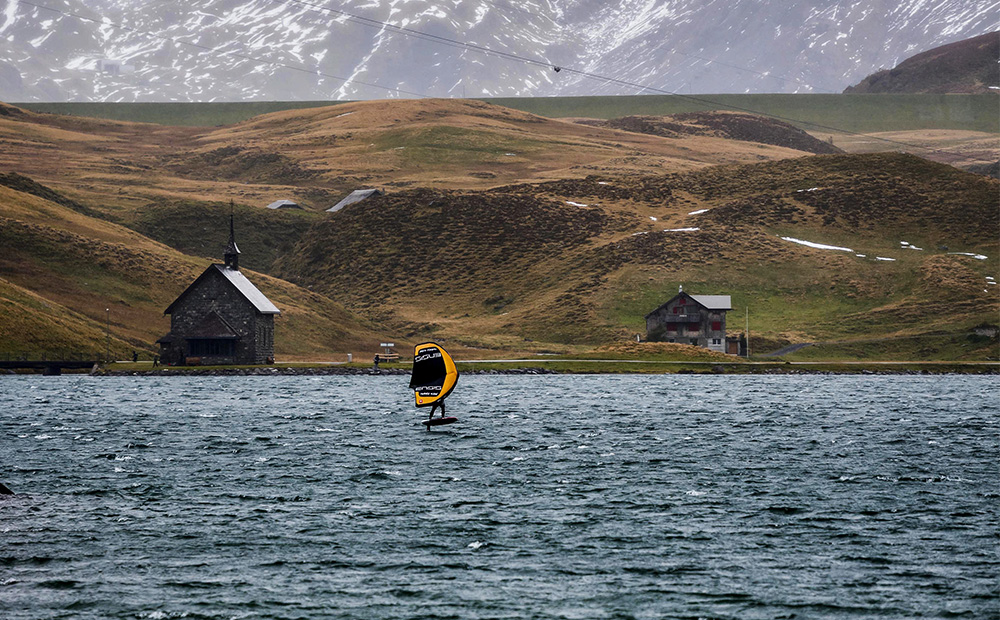 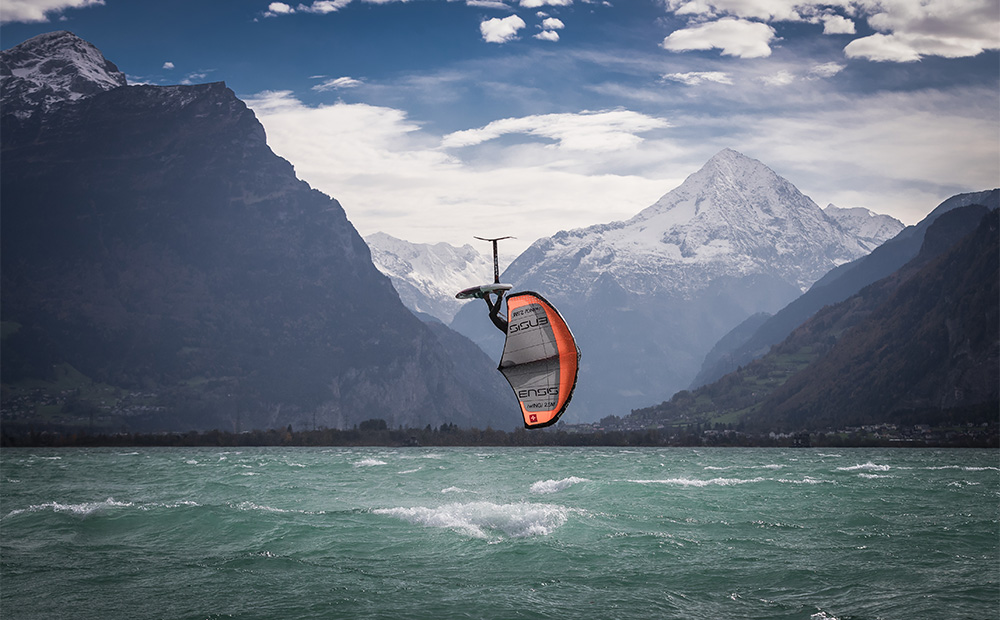 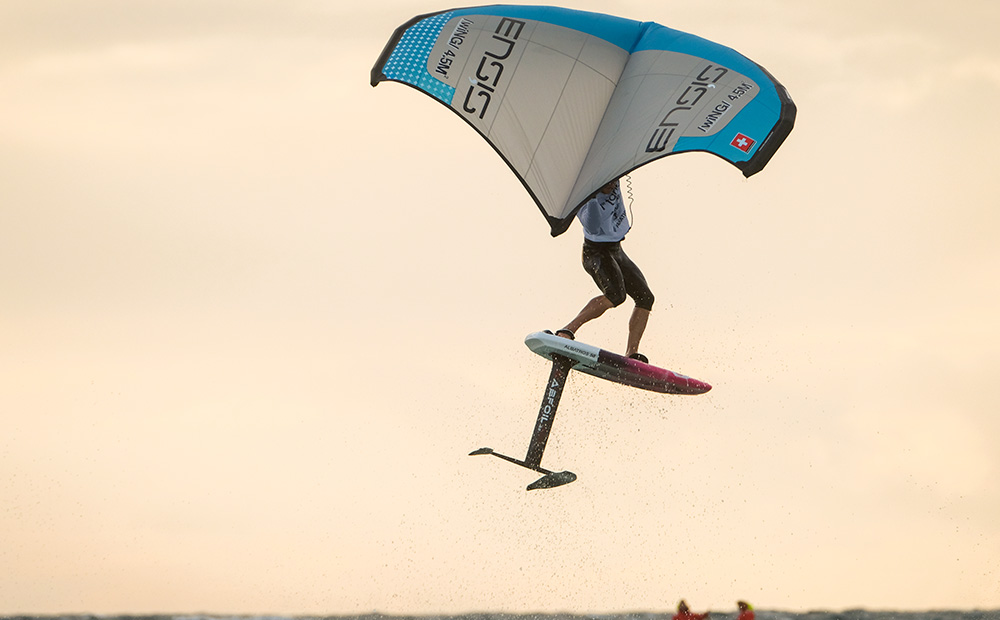 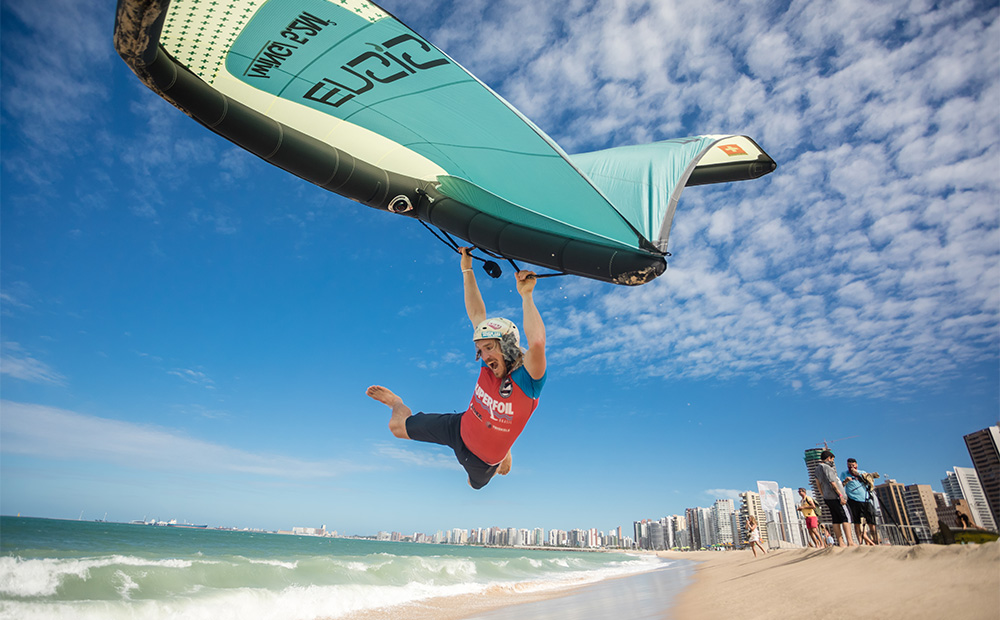 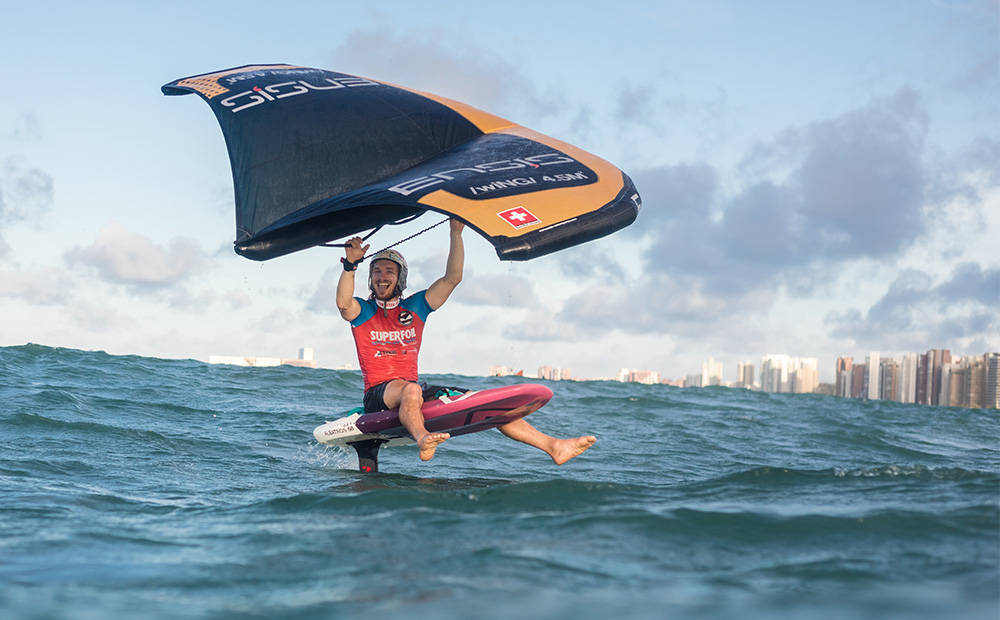 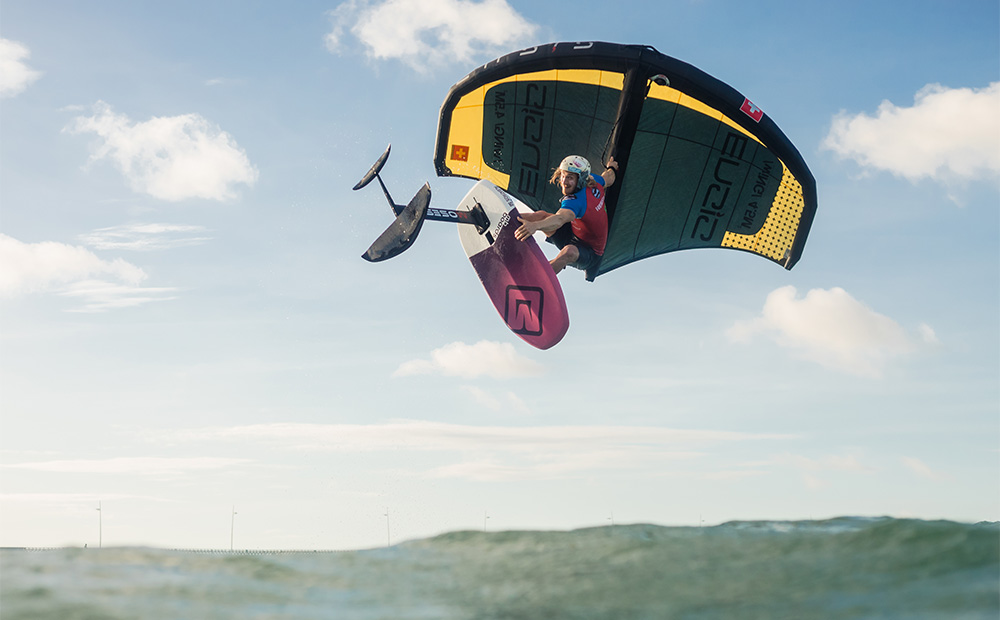 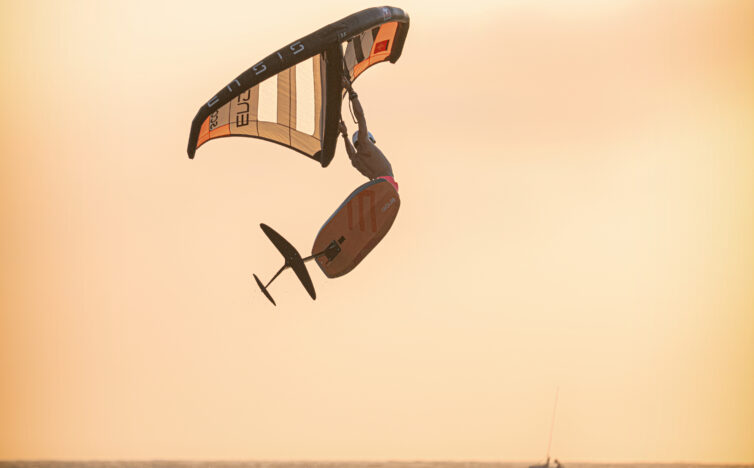 Welcome to the ENSIS Watersports Pro Team Edvan Sozua and Giulio Gasperini. The new Team Riders will be wing foiling on ENSIS in the future 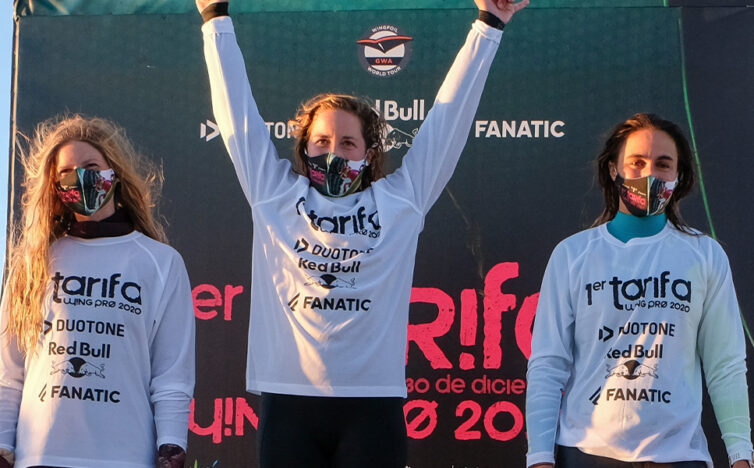 During the last tour stop of the wingfoil world tour, the GWA team sat down with the ENSIS girls Eva Wyss (finished first place) and Laura Rudolph (finished second place) for an insider’s look at what tricks were thrown down, the best pre-competition snacks and where wingfoiling is heading. Favorite Trick of the competition?Eva:Air 360 […]