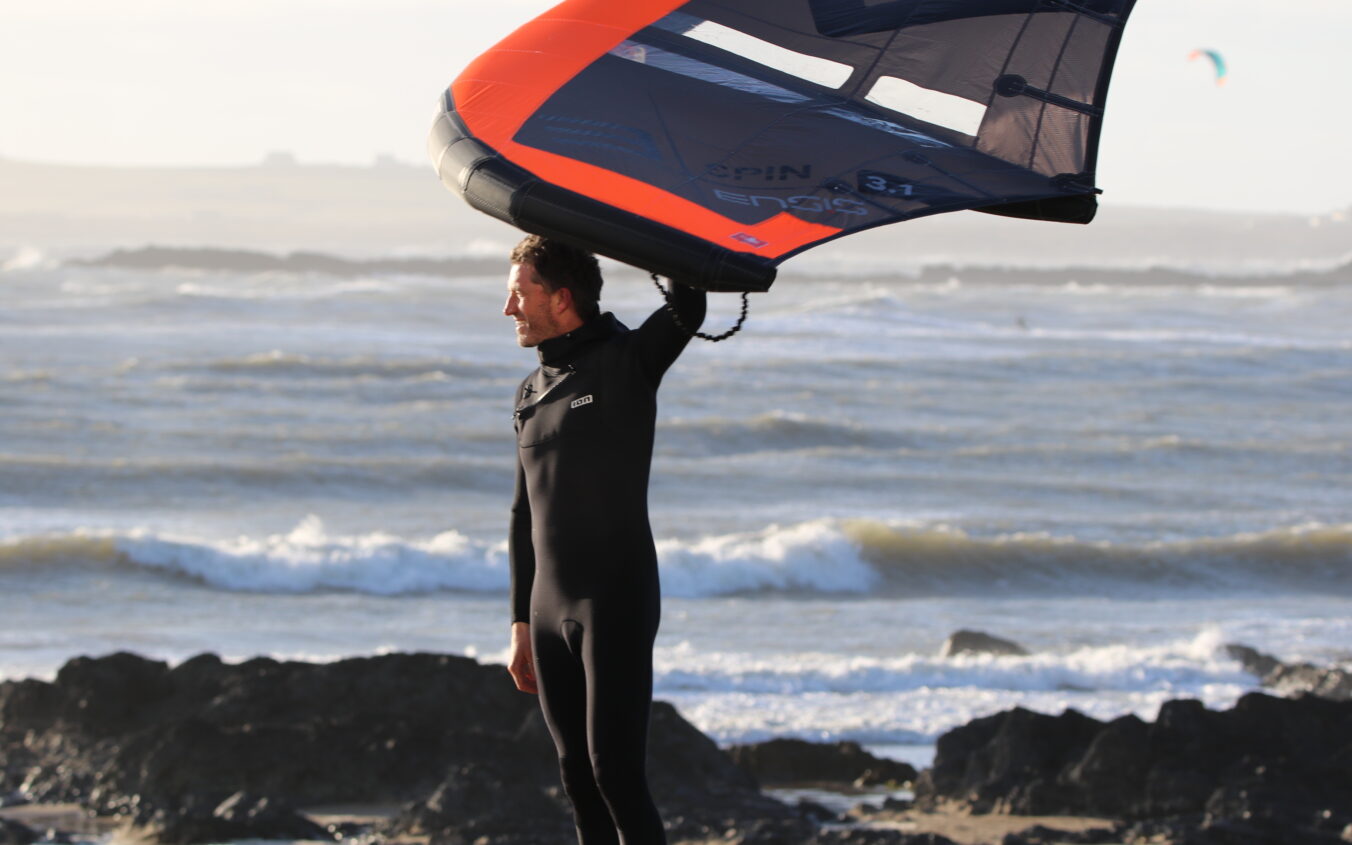 ENSIS is super pleased to announce that UK windsurfing legend Phil Horrocks becomes member of the ENSIS Watersports UK team. Carving lines and smashing jumps at his local spot Rhosneigr Phil was blown away by the new ENSIS Spin wing, and knew it was what he needed to ride to take his riding to the next level.

Which Ensis wing are you using and why do you like it?

I’m using the Ensis Spin now, I’ve tried that and the Score, but went for the Spin in the end. I particularly like the colour. Seriously though, it’s a very well thought out wing, everything works really well and it’s clear a lot of riding has gone into designing this wing. Personally I love how light and neutral it goes when I’m tacking, zero drag, it’s the same when riding waves, you can focus on the foil surfing and almost forget about the wing altogether.  I was surprised how much power there was in a small wing size, it’s relatively tight canopy gives it insane boost into air too!

What size break of wings are you using?

How is the Ensis Spin in the waves?

It’s nice to have the power to pump quick and get out through the surf, it’s mostly side onshore surf conditions I wing in, so you don’t want to hang around on the inside too long… Get up and go on the wave is super manoeuvrable and light, you rarely stick a wing tip in the wave or run over it as you can just throw it one side to the other as you change direction in onshore surf.

What aspect do you like the most about the Ensis Wing?

It’s probably the boost, manoeuvrability and power … but also the fingertip lightness in the handling.

Can you summarise wing foiling as a sport for you, and what Ensis wings allow you to get out of the conditions?

Windsurfing is my biggest love and you can’t beat the feeling of smacking a big fat lip! Foiling will never replicate that in my eyes, at the beginning I was always comparing the wing foiling feeling with the windsurfing and I struggled to mentally adjust what I was expecting to do. Now I understand that it’s not windsurfing, it’s its own sport and has its own set of conditions and feelings that you get from it. Learning something new is a huge part of the enjoyment too. We get so many days up here when it’s onshore 15-20 knots and shoulder high side onshore surf or rolling swell. These are days I probably wouldn’t go windsurfing in, and they are super fun on the wing. Riding previously unrideable waves. I do like a bit of freestyle when we get the flat water offshore days too but primarily it’s all about the waves for me. Since getting my Ensis wings and the positive feeling in the air I’m now feeling ready to boost higher and go upside down more! Up to today, 18th March, I’ve had 37 sessions on the water this year, probably 1/3 of that is windsurfing? The rest is wing foiling, how good is that for boosting your water time! That’s what I love about it. 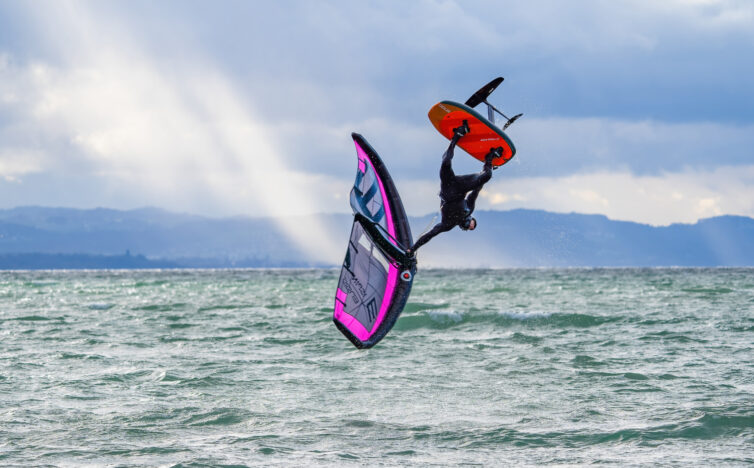 Exciting news: Balz joins ENSIS boards! From now on, whenever Balz is dancing on the water and performing his stunning moves in the sky, he has an ENSIS board under his feet. 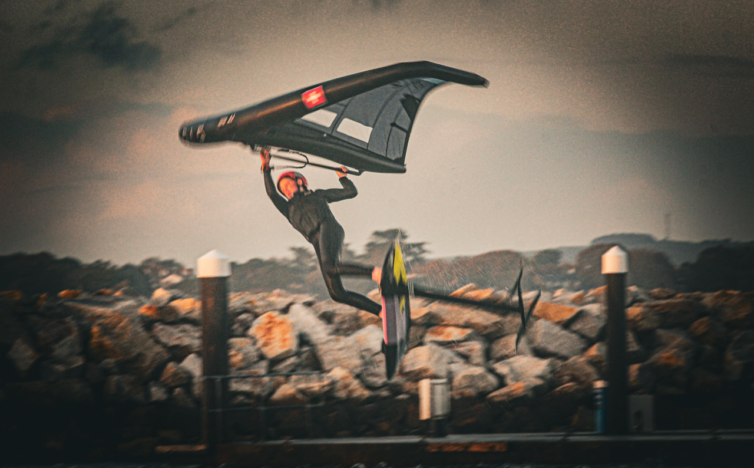 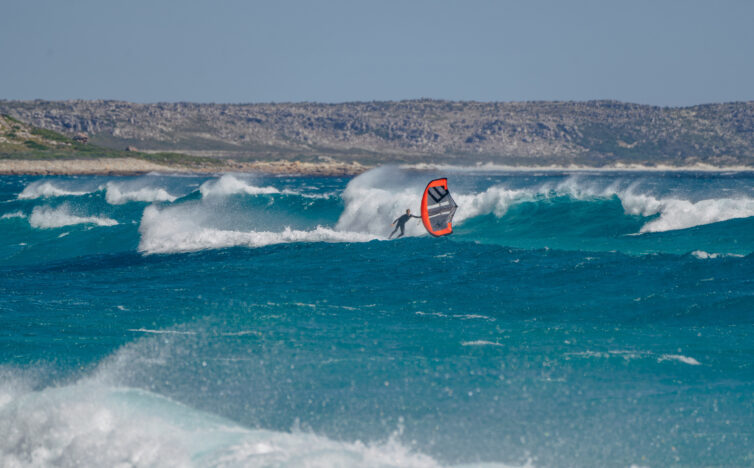